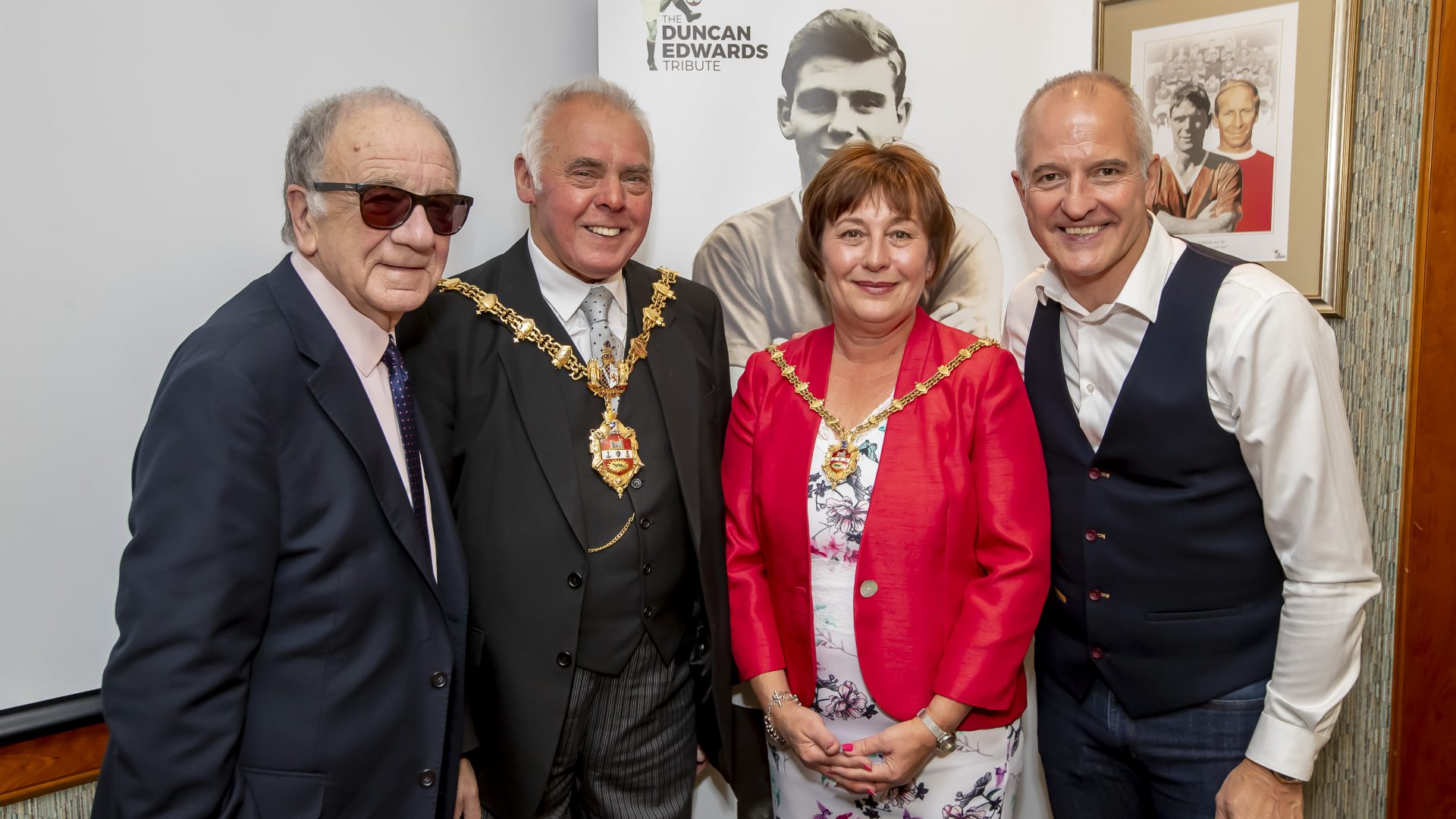 Famous faces and football fans were among the attendees at the Duncan Edwards Tribute Dinner in Dudley.

Held at the town’s Copthorne Hotel, the annual event celebrated the former Manchester United star’s life and legacy, focusing on the period between 1955 and 1957 when Edwards won two League Championship medals while completing his national service at the Army’s Nesscliffe Barracks near Shrewsbury.

All proceeds from the evening will benefit the Duncan Edwards Tribute, which promotes the enormous contribution he has made to the cultural and sporting heritage of the Black Country and to the history of English football.

Tribute chairman and event organiser Jim Cadman said: “We are delighted at the success of this year’s tribute dinner.
“The monies raised will fund the events we have planned to inspire a new generation of young people to understand a boy from an impoverished background in the Black Country had an ‘impossible dream’ to play football at Wembley and through hard work and dedication not only played many times at our national stadium but went on to become one of the world’s greatest players.”

Councillor David Stanley, the Mayor of Dudley, added: “It was an honour and a privilege to be part of this special evening. Events like this are vital to keep Duncan’s memory alive and ensure that future generations know the huge part he played on the international stage, which started right here in Dudley. It was also a pleasure to meet the people who played alongside him and those he inspired to play football.”