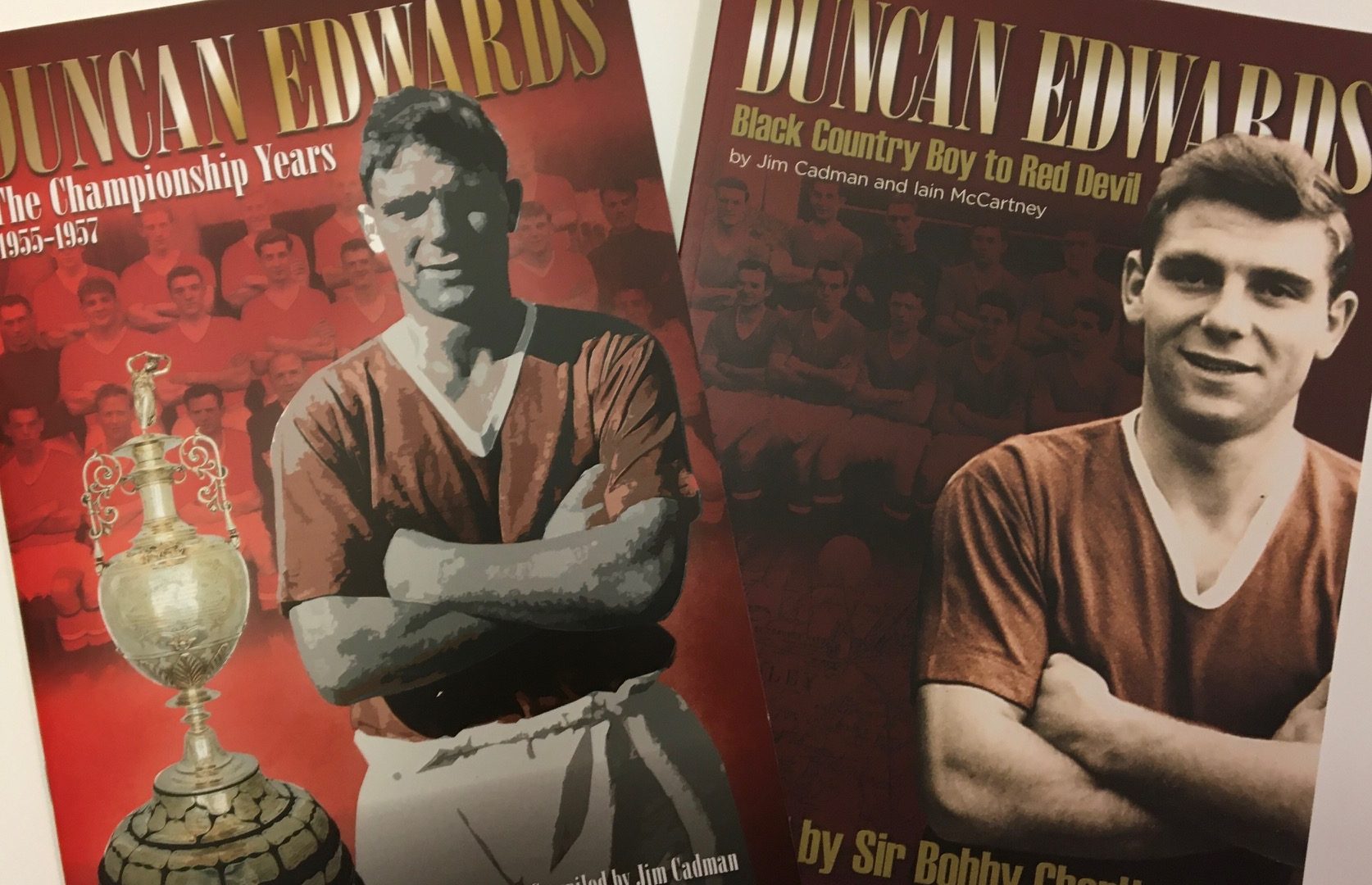 Duncan Edwards – The Championship Years was launched at the annual tribute dinner at the Copthorne Hotel in Brierley Hill.

The lavishly illustrated book charts the former Manchester United star’s progress between 1955 and 1957 when Edwards won two League Championship medals while completing his national service at the Army’s Nesscliffe Barracks near Shrewsbury.

Features include match reports, an article about Duncan’s time in the Army and information about players from the Black Country who represented England.

The book costs £10 including postage and packing. For more details email Jim Cadman on jwc@duncanedwardstribute.com or call 07971 624627.