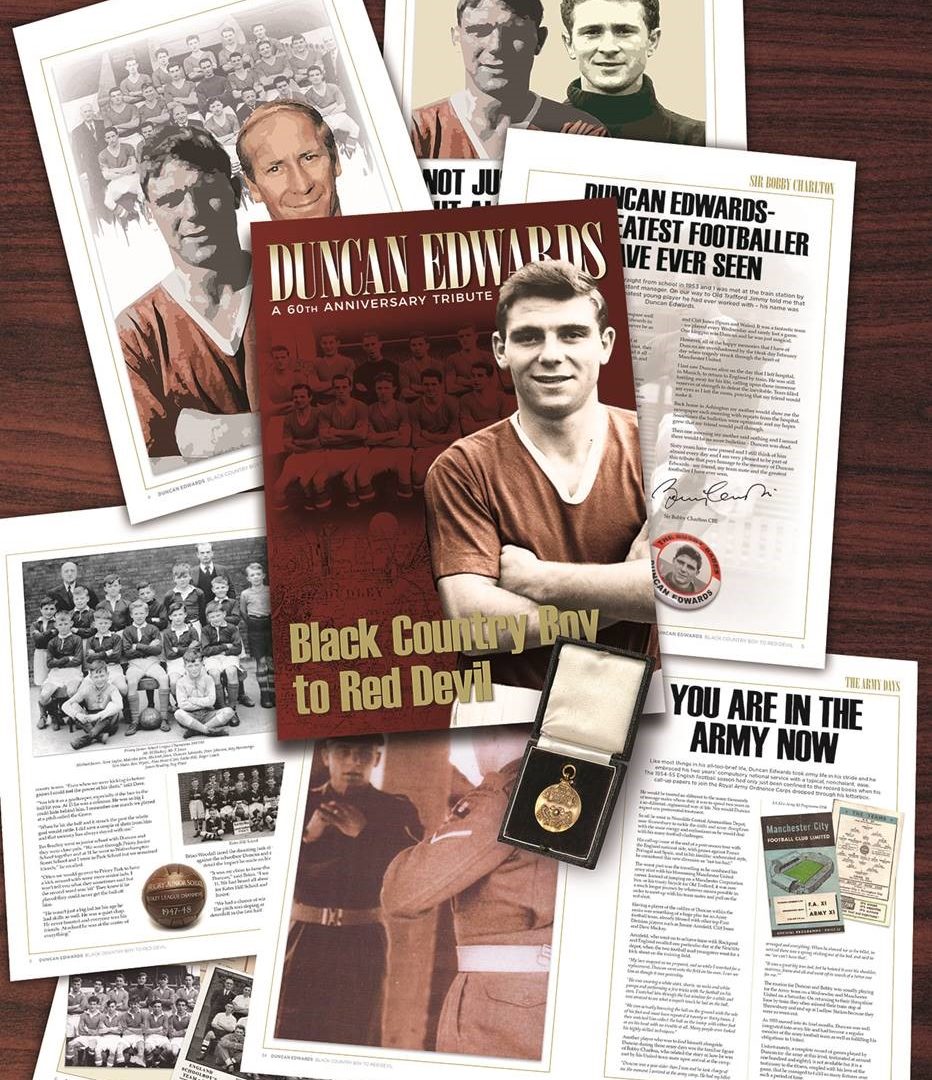 The lavishly illustrated book tells the story of Duncan Edwards from his Black Country roots and schooldays in Dudley through to his time as one of England’s most celebrated international players. Duncan’s National Service days are also featured describing how he spent two years travelling between the Army and Manchester United – and winning two First Division Championship medals in the process.

Sir Bobby, who played with Duncan for Manchester United and the Army, has written a very moving foreword to the book which concludes as follows:

“Sixty years have now passed since the Munich tragedy and I still think of Duncan almost every day and I am very pleased to be part of this Duncan Edwards Tribute that pays homage to the memory of my friend, my team mate and the greatest footballer I have ever seen”

Written by Jim Cadman and Iain McCartney the book is priced at £10.00 and it will be launched in Duncan’s home town of Dudley on his birthday – Monday 1 October 2018.

Along with the very successful Duncan Edwards Archives Exhibition that goes on tour from July, the Duncan Edwards Heritage Packs and the Duncan Edwards Tribute Dinner in October this book is part of our ongoing plans to actively engage with local communities to celebrate the enormous contribution Duncan Edwards has made to the cultural and sporting heritage of the Black Country and to the history of English Football. 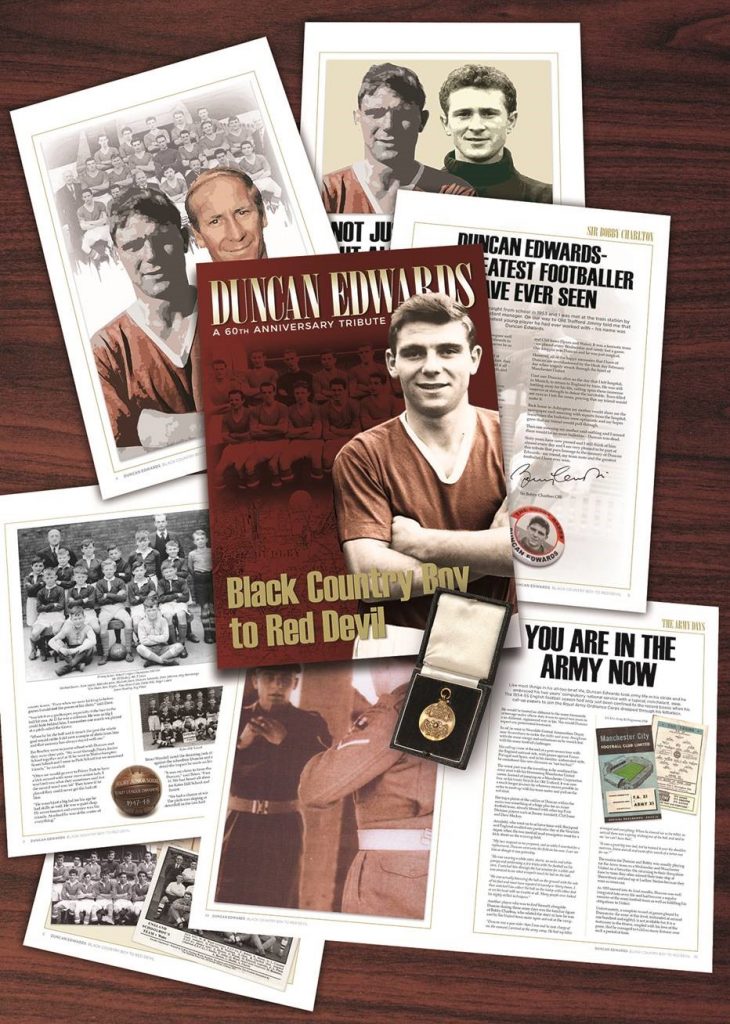