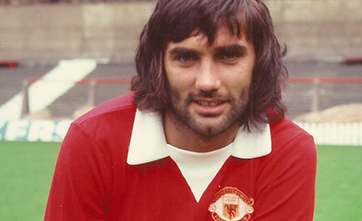 Here’s one for a good pub conversation – who is Man Utd’s great ever player?

Charlton, Best, Law, Beckham, Cantona, Rooney, Ronaldo, Robson, Giggs, Scholes… from Billy Meredith to Paul McGrath everyone has a favourite and the list of candidates is seemingly endless.

Most we saw in their prime and with the benefit of hindsight having viewed a full career.

But sometimes the good die young – as Marvin Gaye once sang – we just looked around and they were gone.

Eight Busby Babes lost their lives at Munich – and several others never recovered to resume their playing careers so we’ll never know how good they may have been.

Among those who died was Duncan Edwards, universally agreed by those who saw him play, about to become the greatest player to wear the famous crimson shirt.

Ever so, the case for Edwards being United’s greatest is compelling.

Bobby Charlton insists he was the best player he played alongside – and the only one he was in awe of. Knowing who Charlton played with, for and against – imagine. I mean, imagine…

Duncan was just 21 when he died and already a legend. His whole life, let alone his football career, lay ahead of him. What might have been…

It’s a tough question, but would any of the other likely candidates for United’s best-ever player have even come along had it not been for the Busby Babes – and therefore, arguably, their most shining star?

Without the legend of Edwards and the Busby Babes would the rest of United’s history have fitted into place?

Edwards is also described as the complete player – fast, strong, good in defence but with an eye for goal.

They were truly great players – but can the same attributes be assigned to George Best, Denis Law or David Beckham?

True, Bryan Robson was box to box, a good goal scorer and a ‘Captain Marvel’ leader – but as strong as Edwards – I doubt it. Look at the photos.

Then there’s the impact he had on his team mates. Charlton’s eyes light up when he recalls the freedom Edwards gave him and others.

But…we’ll never know and that’s what is great about debate – we can all have an opinion.

He was an inspiration – and that’s why we’re planning to create a tribute to Duncan in his home town, Dudley on the 60th anniversary of his death in the Munich Air Disaster in February 2018.

This will include an educational project, exhibition and wall of remembrance and we’re also publishing a book recalling Duncan’s life story, packed with exclusive photos and graphics.

Leading figures from Manchester United including Tommy Docherty and Alex Stepney will be among the guests at our tribute dinner at the Copthorne Hotel in Dudley on February 21. To book your table, contact jwc@duncanedwardstribute.com