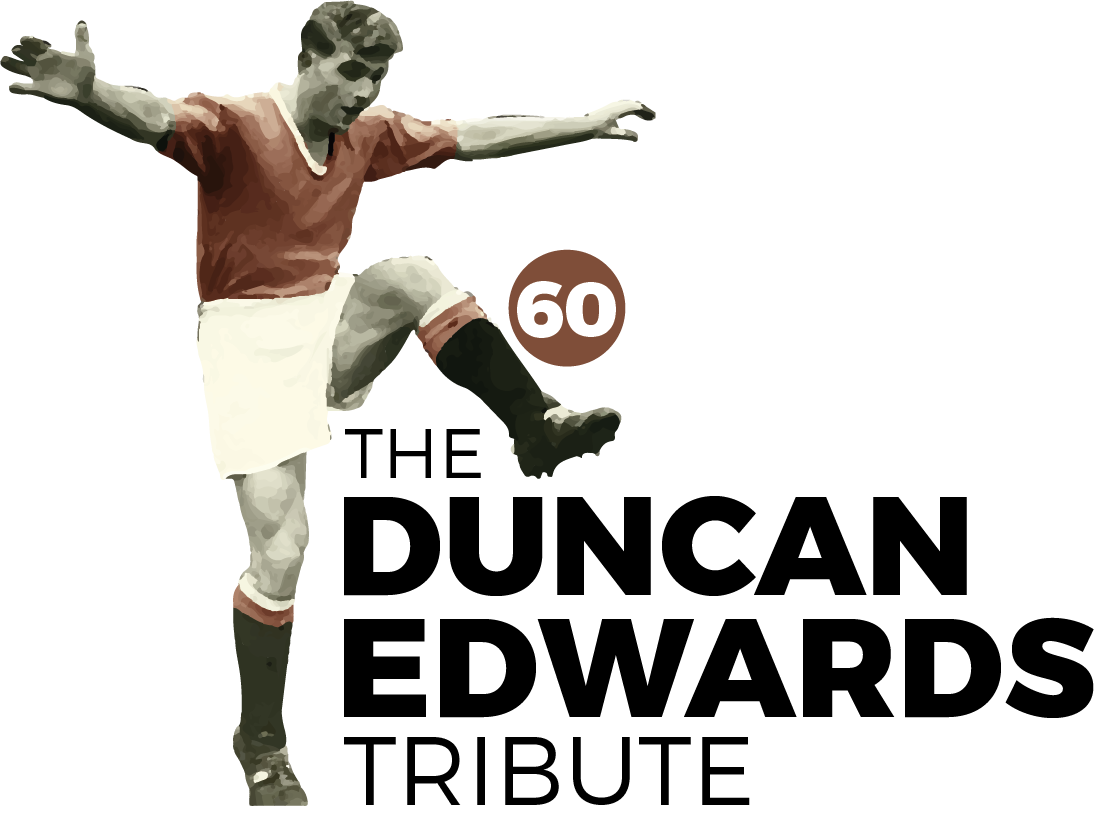 We are delighted to announce that we have secured the services of Manchester United historian and writer Iain McCartney to collaborate with Jim Cadman to produce the book that will be an integral part of the Duncan Edwards 60th Anniversary Tribute.

In our view Iain McCartney is the best writer on the subject of Manchester United in the country and he possesses an encyclopaedic knowledge of Duncan Edwards – that will be put to good use in every aspect of this tribute.

Iain is first and foremost a Manchester United fan, who has shared and lived the experiences and emotions that many supporters treasure. He writes in a lively, enjoyable style, but never skimps on the important details.

Entitled – From Black Country Boy to Red Devil – the book will tell the story of Duncan’s remarkable achievements as a footballer – starting with Dudley Schoolboys and Worcestershire Boys to his days representing the British Army, moving on to his time as a professional with Manchester United and culminating with the caps he won representing England at every level of international football.

The book will contain over 200 photographs, press cuttings, stories and original graphic images that shaped the life of Duncan Edwards and fuelled his iconic legacy along a path that took him from a Black Country Boy to a Red Devil samples of which can be seen below.

‘From Black Country Boy to Red Devil ‘ will be published in the Summer.