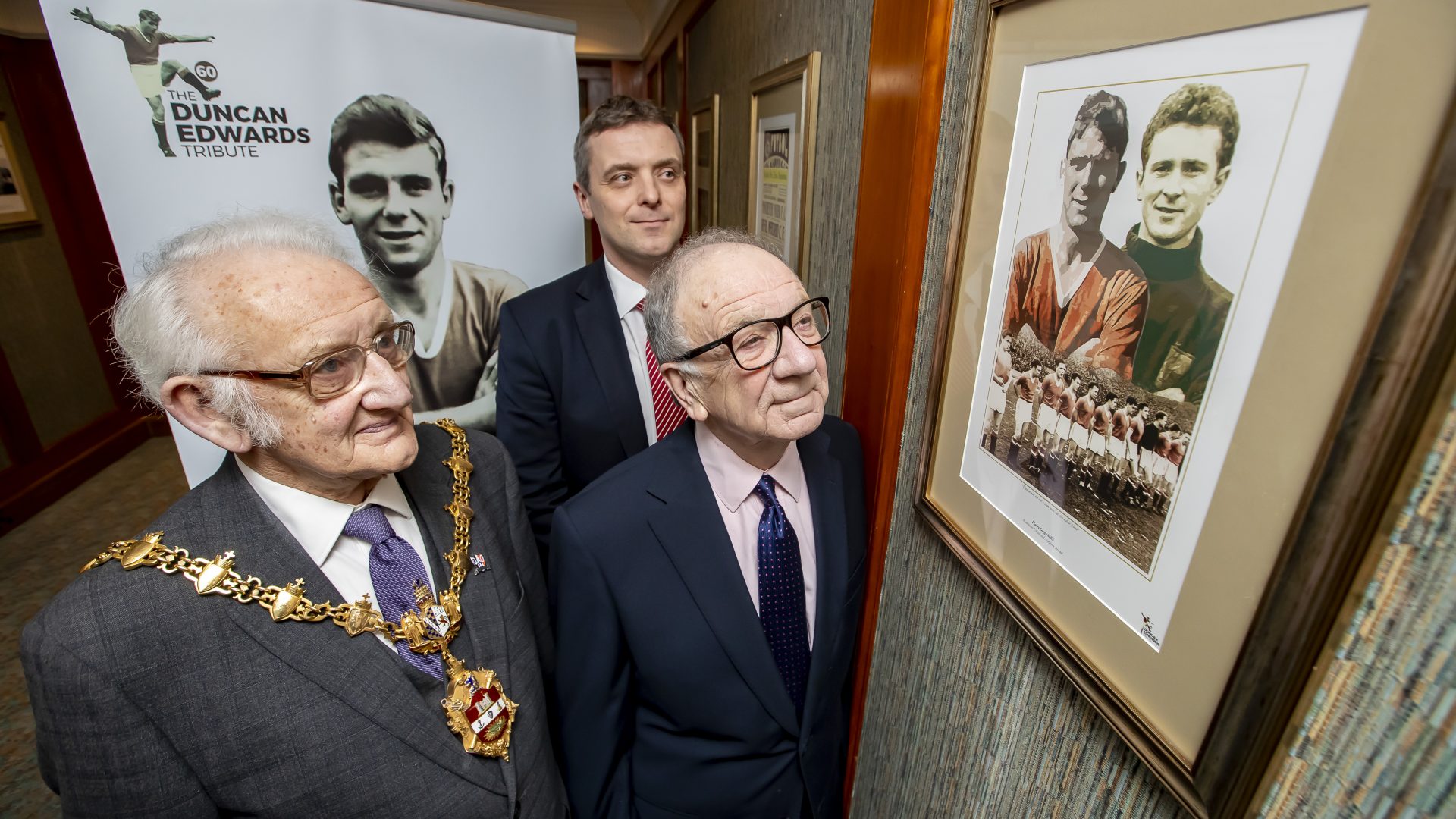 Memories of Dudley’s greatest sportsman Duncan Edwards were shared at the opening of a room in his honour at the Copthorne Hotel in Brierley Hill.

Duncan’s family members and former team-mates from his youth were joined by West Bromwich Albion’s FA Cup winning captain Graham Williams and the Mayor of Dudley, Councillor Alan Taylor, at the ceremony on February 6.

The date marked the 61st anniversary of the Munich air disaster, in which Duncan was fatally injured. He died of his injuries days later aged only 21.

Duncan Edwards Tribute chairman Jim Cadman, who has been a driving force in ensuring Duncan’s legacy is never forgotten, said: “This is a very big step forward in making sure the heritage of Duncan Edwards is passed on to a new generation.

“We have created a room in partnership with the Copthorne Hotel that tells the story of Duncan from when he was seven years old and had dreams of playing at Wembley all the way to the sadness of the Munich air disaster. The room is decorated the room with pictures and memorabilia that tell the story of Duncan’s life.”

Among the guests was Edwards’ cousin, 88-year-old Betty Cooksey, who said: “The tribute room is lovely and brings back lots of fond memories of Duncan. I’m delighted to see that his memory is being kept alive in his home town, which is fitting as he was very proud of his Black Country roots.”

Mayor of Dudley, Alan Taylor, added: “A lot of football fans will know that Duncan played for Man Utd and England but may not be familiar with the story of his childhood right here in the Black Country and how this region shaped him.

“Duncan’s story is a great inspiration to any young person and shows that with talent and determination you can make a name for yourself, not just in football, but in any walk of life.”